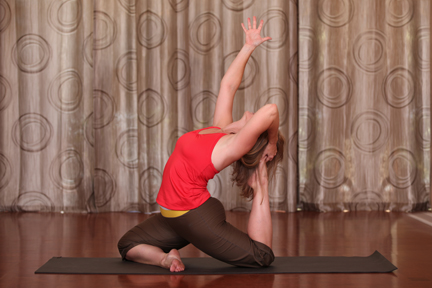 Heather has been interested in fitness and athletics all her life, playing soccer, basketball, and tennis in high school, and continuing to play tennis in college. In the fall of 2007, Heather started attending yoga classes on a regular basis as a way to compliment her running routine and as an alternative to going to the gym. Primarily attending Anusara and Vinyasa Flow classes, she soon discovered yoga’s endless potential to strengthen, transform, and deepen not just her running practice, but also, her overall health and well-being. During this time, Heather studied with influential teachers such as Christina Sell, John Friend and Zhenja La Rosa, as well as the wonderful teachers at Infinite Bliss. In September 2011, Heather began a teacher training program at Yoga East. Since this time, Heather has practiced MySore-style Ashtanga yoga with her teacher, Laura Spaulding. After completing her 200-hour teaching certification from Yoga Alliance through Yoga East in December 2011, Heather began teaching Vinyasa Flow classes. Heather has a B.A. from Centre College, a M.T.S. from Vanderbilt Divinity School, and a J.D. from the University of Louisville. Heather currently works at the Community Foundation of Louisville as its Director of Gift Planning.